why your color preferences mirror your own coloring

Johannes Itten was a Swiss painter and the creator and teacher of the Preliminary Course at the Bauhaus Weimar in 1919 as well as his own private design school (Itten-Schule) in Berlin in 1926.  Itten is known for his contributions to color theory including the 7 contrasts of color which are detailed in his seminal work, The Art of Color.  He is also well known for his studies on subjective timbre, not the seasons which he is incorrectly attributed to.

His unique interest in Eastern philosophies and culture made him different than most professors at the Bauhaus. His classes always started with movement and breathing exercises with the purpose to harmonize the body and the spirit.  Even until the end of his life, the spiritual teaching of “mastering from the mind to the hand” was his way.  He was greatly loved by his students, even though his ways were considered unconventional for some (he really was ahead of his time).  Unfortunately, his way was not the way of the founder of the Bauhaus, Walter Mobius, and they parted ways in 1922.

However, it was during his time at the Bauhaus that he started to see the correlation between his artist students’ subjective color preferences and their own physical characteristics and coloring…even their mode of thinking.

“In my studies of subjective color, I have found that not only the choice and juxtaposition of hues but also the size and orientation of areas may be highly characteristic. Some individuals orient all areas vertically, others stress the horizontal or diagonal. Orientation is a clue to mode of thought and feeling. Some individuals include towards crisp and sharply bounded color areas, others to interpenetrating or blurred and haphazard patches. Individuals of the latter kind are not given to clear and simple thinking. They may be quite emotional and sentimentally disposed.”

One day in class he assigned a specific harmonic color combination for his students to paint. They didn’t immediately start painting and when he asked what was wrong, they stated they found the colors “unpleasant.” So, he decided to have them paint a harmony of colors that they found pleasing. Upon reviewing their subjective harmonies, he discovered that they painted the colors that made up their own personal coloring! He expounds on this a bit in The Art of Color, with color plates to illustrate 4 of these students’ pictures alongside their paintings. Because of this, his theories on personal coloring (wearing the colors in you and their complements) started a whole new way of thinking about our coloring and how they hold the keys to our own personalities and what looks good on us. He is considered by most to be the pioneer in personal coloring.

“Subjective taste cannot suffice for the solution of all color problems. Knowledge of objective principles is essential to the correct evaluation and use of colors.”

To illustrate his point, Itten created a group of paintings focused on the colors of the seasons. “The example of the four seasons shows that color sensation and experience have objective correlatives, even though each individual sees, feel and evaluates color in a very personal way. I have often maintained that the judgment “pleasing-displeasing” can be no valid criterion of true and correct coloration…. Stated in terms of the four seasons, this means that for each season we are to find those colors, those points on and in the color sphere, that distinctly belong to that expression of that season in their relation to the whole universe of colors.”

While his seasonal colors are to showcase objective color selection, by comparison, Itten shows a couple representations of the seasons done by his students that are heavily influenced by their subjective preferences. “It is worth mentioning that though I have diligently sought opinions on my color representations of the seasons, I have never yet found anyone who failed to identify each or any season correctly. This convinces me that above individual taste, there is a higher judgement in man, which, once appealed to, sustains what has general validity and overrules mere sentimental prejudice.  This higher judgement is surely a faculty of the intellect. That is why well-disciplined color thinking and a knowledge of the potentialities of colors are necessary to save us from the one-sidedness and error of coloration informed by taste alone.”

To paraphrase, when he asked people what season each of his color paintings signified, they were able to identify them correctly. Although this quote often gets confused with typing people into the seasons, it is meant to illustrate that man is able to judge color without his own subjective prejudice.  This is key as we move forward in identifying the right colors for our personal environments and the right colors to use in public or work environments.

Itten was truly a pioneer when it came to his teaching methods and his work on color theory. If you haven’t read his book, it’s definitely worth studying to broaden your understanding of color. 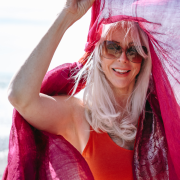 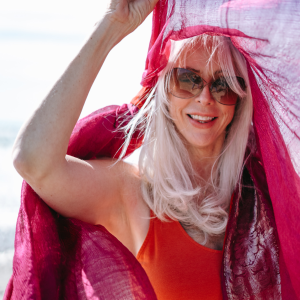 Arden is a worldwide color oracle & practitioner that has practiced for 3 decades in connecting the inner and outer beauty of you with the help of color and light. She is focused on guiding conscious organizations & individuals from all over the world to get clarity on their purpose and guide them to express themselves authentically through the art, science and soul of color.
Facebook-f
Instagram
Pinterest Your presence is not only your physical embodiment, it’s also your soul and essence.  For heart-centered soul-driven entrepreneurs, coming across authentic and real is critical. You serve from deep within and it can be difficult to communicate the true purpose behind your business—which is why you absolutely can’t miss this From a June 1 vision I received from the Upper-Dimensional Violet beings. This addresses the current wave of conflict in the U.S. that will continue through Sept/Oct timeframe and the new world that is emerging. discover the 9 soul colors and their meanings

There is one color in the spectrum assigned to you when your soul came to earth. That special color is your Soul Color. Your Soul Color surrounds you and protects …

Embody your highest calling by uncovering YOUR soul color!